Android caused a revolution in the market of mobile phones by its bombastic entry. In the beginning, the prices were too high for an ordinary man to purchase android phone but the prices declined with the passage of time. Android is in continuous rivalry with Windows OS and I OS, but there is a lot of competition within androids too. Many brands are using Android technology in their phones and it is a very prominent reason of so much competitive environment among Androids. Many brands and some models are in a continuous phase of competition with each other. Same is the case of Motorola G4 and Lenovo Zuk Z1.

Both models are similar in some regards and have some variation in some other areas. If G4 surpasses Z1 in one regard, then Z1 beats G4 in another respect. Specifications of both devices aren’t very much different, but there is a huge difference in the Android version of the two devices. But how the two devices came into an environment of competency? The answer is quite simple. The price of both the phones is same, that’s why they ran into rivalry with each other. 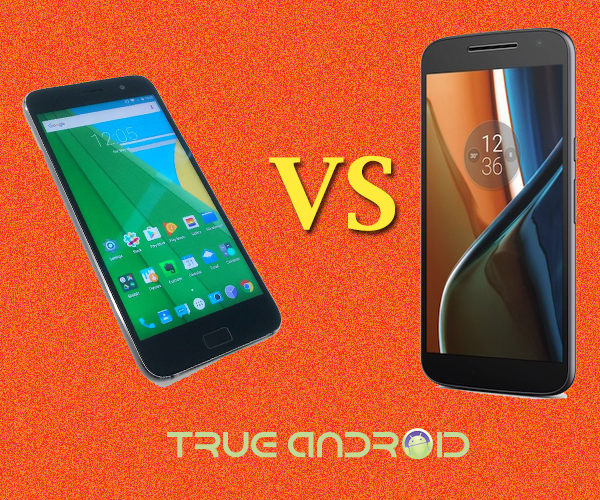 As far as display of any phone is concerned, people like the phones with big screens. Along with this they also want the device to be easily handled. In other words, a perfect balance between the size of screen and average pocket size is to be maintained by the company. Keeping the thing under consideration, both brands manufactured their devices with 5.50 inch screen display with touch screen. Resolution is also kept same in both phones as 1080 x 1920 pixels. PPI (Pixels per inch) is also identical in both devices with the value of 401.

Proximity sensor, Accelerometer, Ambient light sensor and Gyroscope are being made the part of both the phones while Compass/Magnetometer is present only in Lenovo Zuk Z1.

A smartphone can’t attract the people unless its software and hardware are both fully and efficiently functional. Any flaw in any aspect of the phone can be the cause of decline of the name of that brand. Both the brands under consideration here tried their best to deliver maximum within a short budget. Moto G4 is manufactured with 1.5 GHz octa-core processor and Ram of 2 GB. On the other hand, Zuk Z1 is developed with 2.5 GHz quad-core processor and the Ram of 3 GB. Internal storage of Z1 is kept as 64 GB without any capability of expandable storage. Contrarily, storage space of Moto G4 is kept a little low as 16 GB, but it can support micro SD card up to 128 GB.

Operating system also well depicts the eminence of a device. Moto G4 is developed with Android version 6.0.1 (Marshmallow) while the version of Android is 5.1.1 (lollipop) in Zuk Z1. Both devices are very close to each other in terms of specifications, but G4 beat Z1 in terms of OS. WIFI, Bluetooth and GPS capabilities are present in both of the devices, but FM is only there in G4.

Both the phones have the power of intriguing the consumers by their high specifications as well as charming looks. But the confusion of users is increased by allocating nearly the same price for both devices by the respective companies. Price is about INR 15000.

It’s quite obvious from the above discussion that Lenovo Zuk Z1 and Moto G4 aren’t that much different in the regards of specifications and pricing. This topic is completely subjective. Here it depends on the priorities of customer. Selfie lovers might prefer Zuk Z1 while the people who’re more interested in rear camera might prefer Moto G4. However, according to online reviews, it’s concluded that Zuk Z1 has got a little high value in the eyes of customers than Moto G4.