The LG X Screen and X Style smartphones were earlier showcased in MWC 2016 along with LG Stylus 2. It’s a midrange Smartphone with Android 6.0 Marshmallow on board. However, two smartphone powered by different processor – Lg X Power by a mediaTek processor while LG X Style have a Snapdragon processor inside.

The specs are, LG X Power offers a 5.3-inch HD (1280 × 720 pixels) IPS display. The smartphone comes installed with the Android 6.0 Marshmallow operating system that runs on a 1.14 GHz MediaTek MT6735 quad core processor. It has 2 GB of RAM, 16 GB internal memory and is said to have an expandable storage slot. The phone offers a massive 4,100 mAh battery. It has a 13 megapixel rear and an 8 megapixel front camera. Besides, the LG X Power offers WiFi, 4G, Bluetooth, GPS/A-GPS and micro USB connectivity. The dimensions of the phone are 147.5 x 73.6 x 5.2mm~6.9mm. 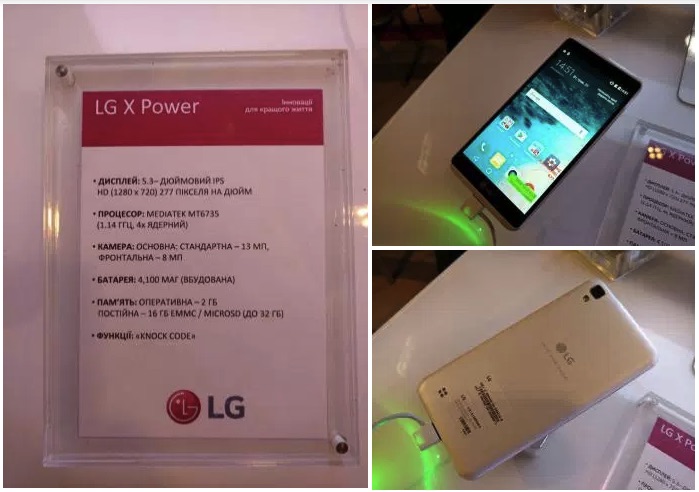 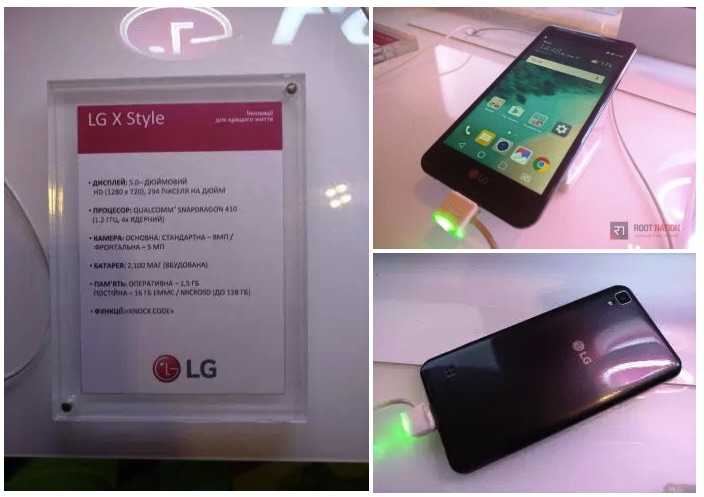