Facebook in their latest developer’s conference announced the new Oculus Go for an astonishing price of just $199. This would make Oculus of the cheapest standalone VR headset in the market.

If you are not aware of what are standalone VR headsets, they are essentially VR Headsets that can work without a phone. These VR headsets have their own processor, storage, display, and speakers. Oculus has been one of the most advanced and exciting VR for its performance. It is among the top-selling standalone VRs in the market presently. Standalone VRs make more sense as they can function individually without the need to connect a smartphone to the headset.

You will still need the device to connect to a smartphone but it can otherwise function independently. The best part of standalone VR is the collection of VR apps that are intriguing and interactive. If you have still not used a VR mainly due to the high price of the Original Oculus of the Gear VR. Oculus Go is the best place to start with for the price.

The Oculus GO sits well between the smartphone using VRs like the Gear VR or Google Daydream and Facebook’s own more advanced Oculus Rift. Oculus Rift allowed you to walk around and grab things being connected to a PC. However, on the newer Oculus Go you won’t be getting those but for the price, you can’t ask more. 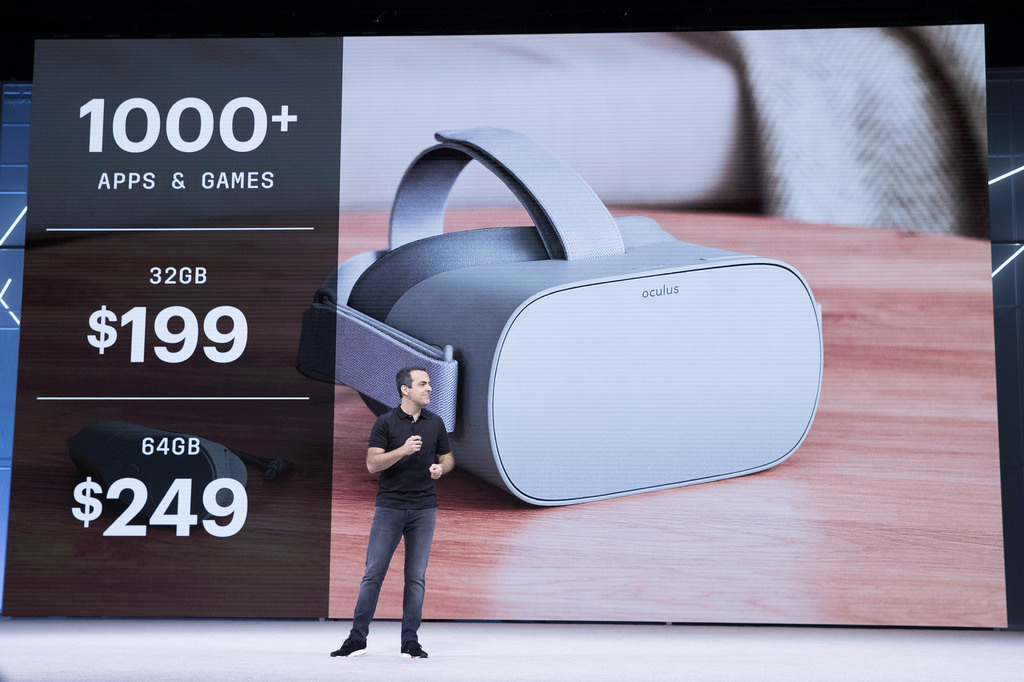 Oculus Go uses the Snapdragon 821 Processor with 32GB or 64GB of onboard storage. You won’t be getting any expandable storage options. The price for the 64GB version is around $249 mark which is worth totally. The display on this VR is an LCD display supporting a 5.5″ panel of 2560x1440p resolution. The speakers are on the headset and called “spatial sound” by the manufacturer.

What is most interesting about the device is the price. For the sub $200 budget this is undoubtedly one of the best standalone VR is not the best. In addition, the Oculus Go is supported by both iOS and Android platform making it one of the best VR headsets you can get for your iOS device. If I am not wrong this has to be the only standalone VR headset that iOS supports at this price. And the Oculus Go comes with the controller inside the box.

Oculus Go looks like one of the best launches for VR enthusiasts and tech lovers in general. Isn’t it exciting to have a standalone VR that too from Oculus at an astonishing price of just $199?