With the recent incline in technology, around 80% of the users own a smart phone. The 11% of the usage is spent on Gaming Apps. Fortunately, developers have cooperated a lot to provide amusing and informative apps, which can be a good company in free time as well as enhancing a particular skill or art.

1. 2048, released back in 2015, is among top rated math games with simple interface yet addictive geometry of numbers. The game has a simple idea of swiping tiles to add up the numbers, hence increasing the score. The key feature lies in pairing the similar numbered tiles to score better. The intelligent you play, the more you score. This game is available in both android and windows interfaces. [Play Store] 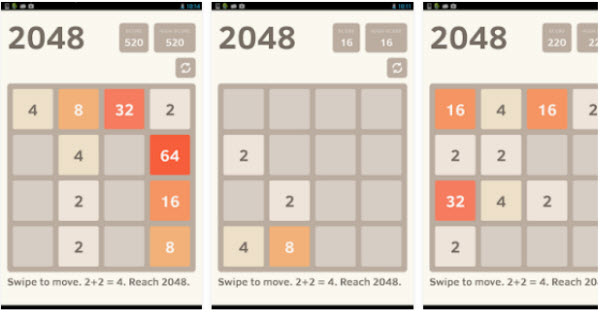 2. Sudoku is best game to test your probability of guessing and selection of numbers. With around 81 possibilities of choosing a single number from 1 to 9, the user can enter a unique number in particular cell of the row and column. The game has different level of difficulties, hence intelligently dealing with the numbers entered by users. The game usually has a simple interface where users need to enter a digit using device keyboard in a predefined grid. This game is available on android, desktop and other mobile systems. [Play Store] 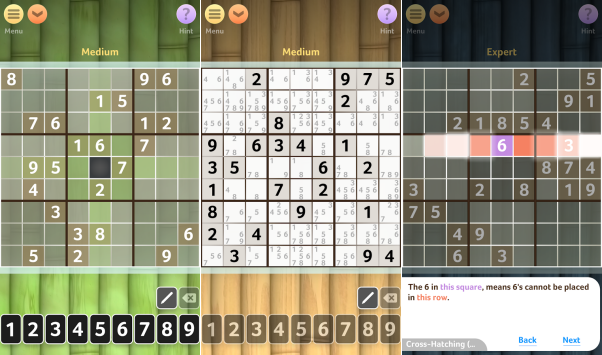 3. Math puzzle With Sticks is among top games for children learning mathematical equations with fun. The game has simple interface with numbers displayed using movable match sticks. The drag and drop feature makes it handy to recreate a new numbers from previous and find best solution of the given equation. The game comes with modules for better learning and practice. [Play Store] 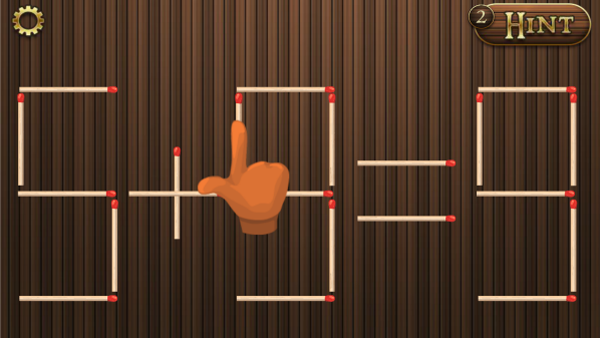 4. Number Search Puzzle –The game is like a word search but instead of words, search a number from a pool of randomly generated numbers in vertical, horizontal or diagonal directions. Time lapse makes it more challenging and polishes problem solving skills. The game has unlock themes feature i.e. if all the given numbers are identified from the matrix of numbers a new theme is unlocked. This game is addictive for all users as it tempts to search and explore while demanding focus. The android version of this game is free on play store. [Play Store] 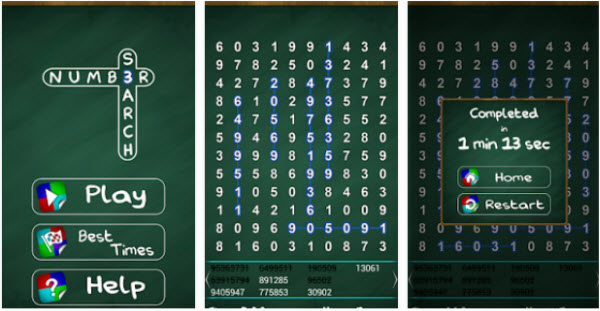 5. Math Workout is purely based on brain exercise and computational skills. The game revolves around the idea of generating random mathematical equations making it fun to learn for adults. Rapidly displaying equations test the problem solving skills of the user under limited time stamp. The game has a Brain cruncher for testing oral mathematical intelligence and proficiency. Different modules are there for practice and focus and testing the weak points. The app provides simple interface where user enter quotients of displayed equations. [Play Store] 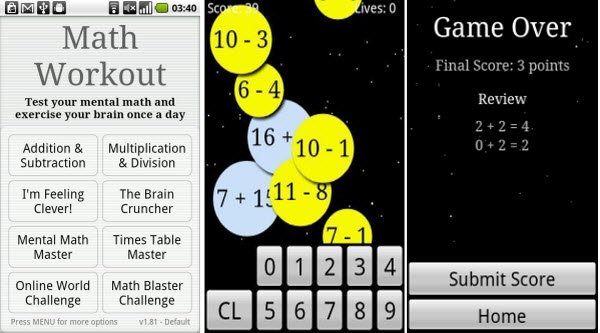 6. Quento is android based game consisting of 3×3 grid of numbers and arithmetic operations. Swipe to form an equation that results equal to given quotient using fixed number of operands. It is highly addictive app for users since the number of operands increase with increase in levels. [Play Store] 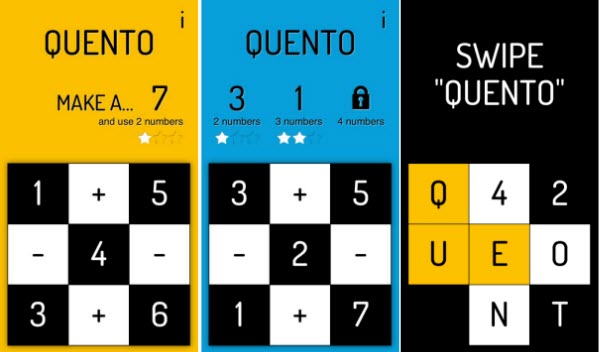 Numbers and logics have always been challenging and interesting for users to play with. Variety of games and apps are available for users which may match their interest.

How You Can Use Apple Music on Your Android Smartphone

Why Gboard Is Still the Best Keyboard App on Android Platform

How to Never Lose Your Photos on Your Android Smartphone