Archos, a French mobile phone and tablet maker which earlier this year launched its 4G phone in the United States, the Archos 50d Oxygen at $149 (approximately Rs 9,960) has now launched its successor in Italy. The Archos 50d Oxygen Plus comes with a 5.5 inch full HD capacitive touchscreen that has 1920 x 1080 pixels resolution which is powered by a 1.3 GHz octa core Mediatek MT6753 processor with Mali-T720 MP3 GPU which is coupled with 3 GB RAM. 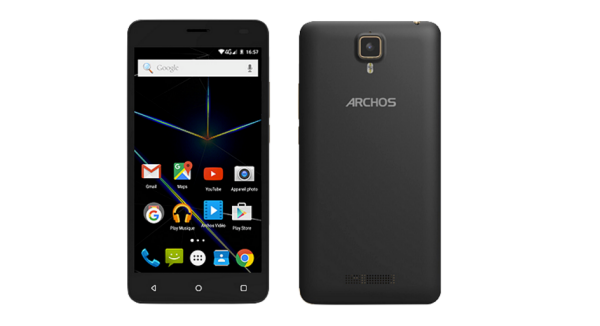 It has a 16-megapixel rear camera with LED flash and a 8-megapixel front-facing camera. For connectivity it offers WiFi, Bluetooth, micro USB, GPS and of course 4G. The Archos 50d Oxygen Plus is launched in Italy at 179.99 Euros which is approximately Rs 13,661. The device will be available through company’s website and in retail stores and Italian markets. Currently there is no information about its availability in India.